Bricked up in Pakistan

Life in a Pakistani Brick kiln

Debt is a reality of life around the world. In Pakistan however, when you ask for a loan, you and generations of your family can be trapped for life.

The center of this debt misery? Any one of Pakistan’s 20,000 brick kilns “employing” up to 2 million children and their families.

Driven by poverty and the need to work off debt, entire families are bonded to brick kiln owners. Although the government has fixed the wages of kiln workers at $7.50 per 1,000 bricks, the rule is not enforced and in reality wages are closer to $2 per day.

Unfortunately this is the reality of “bonded labor”. According to the UN, bonded laborers account for many of the 12 million people the U.N. identifies as modern day “slaves.”

People ask for loans to cover a wedding dowry or a family member’s illness. Illness’ that sometimes arise from working at the kilns such as heat stroke, burns and chronic back problems. Families agree to work off the debt but their bosses add on high interest and living expenses, making it impossible to ever repay the debt. 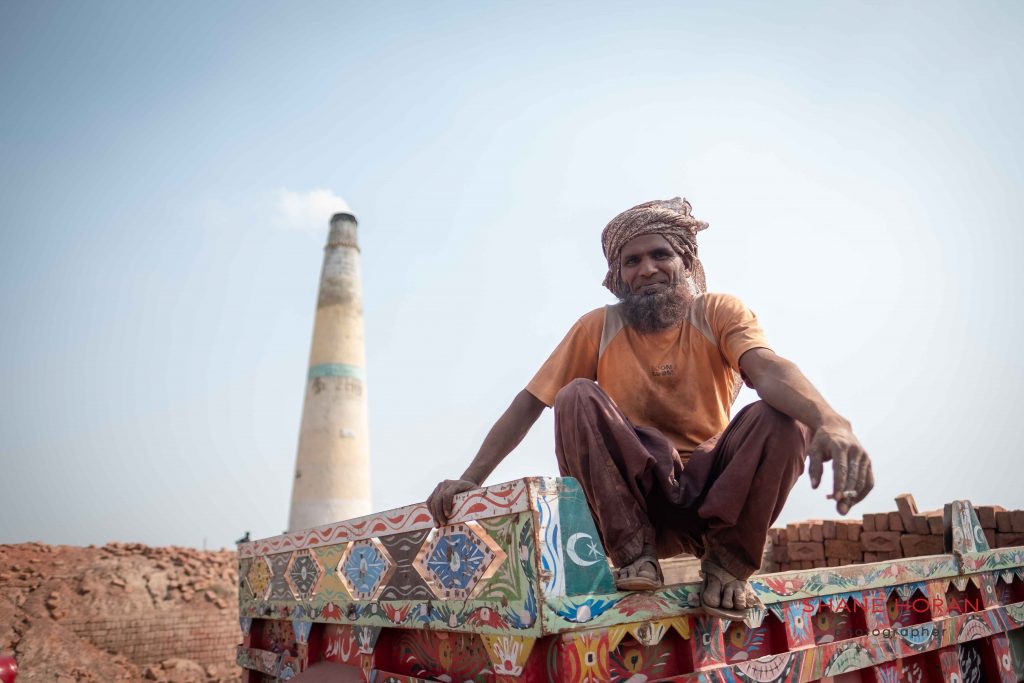 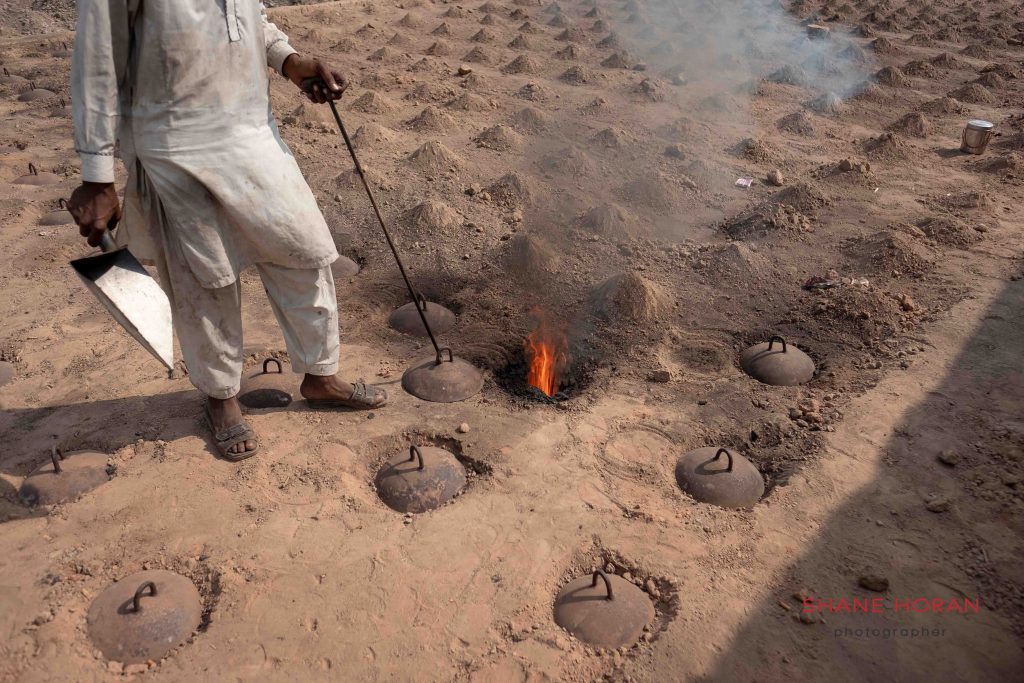 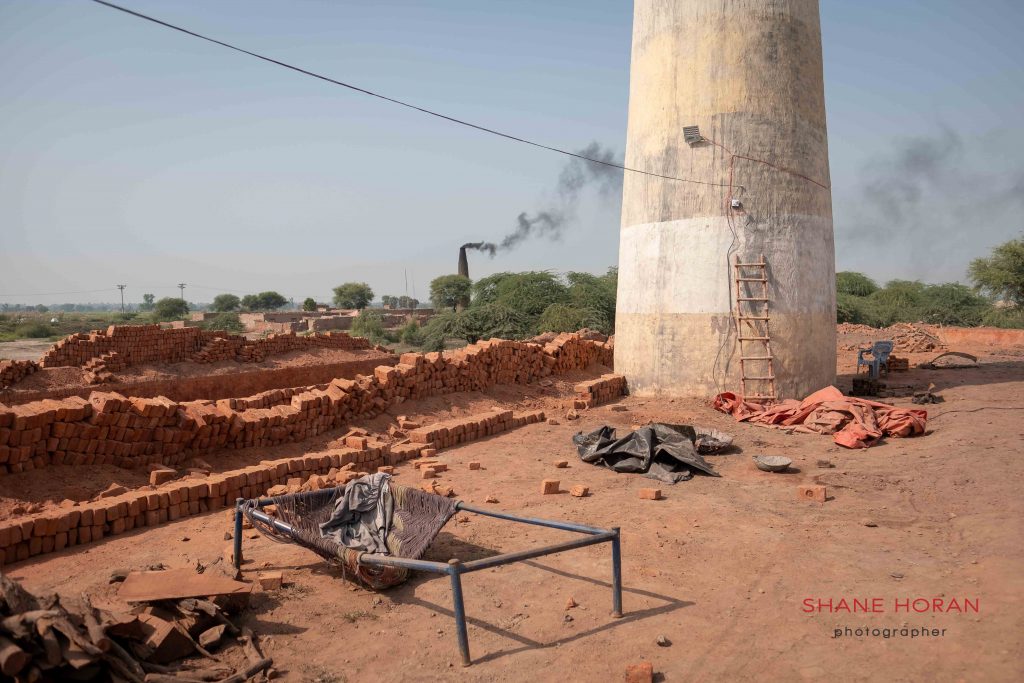 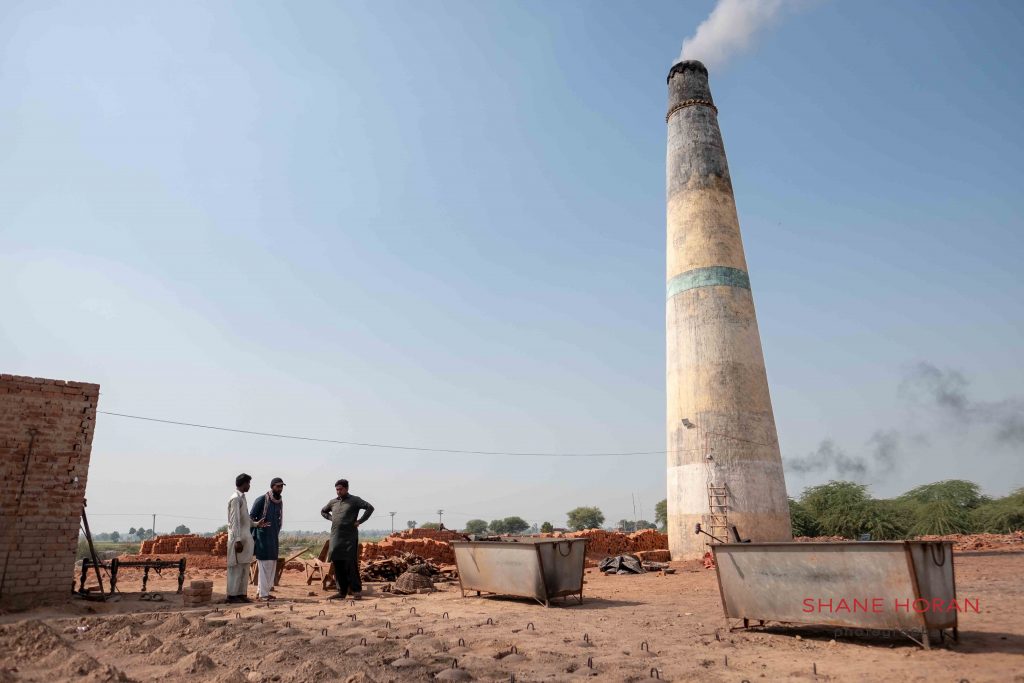 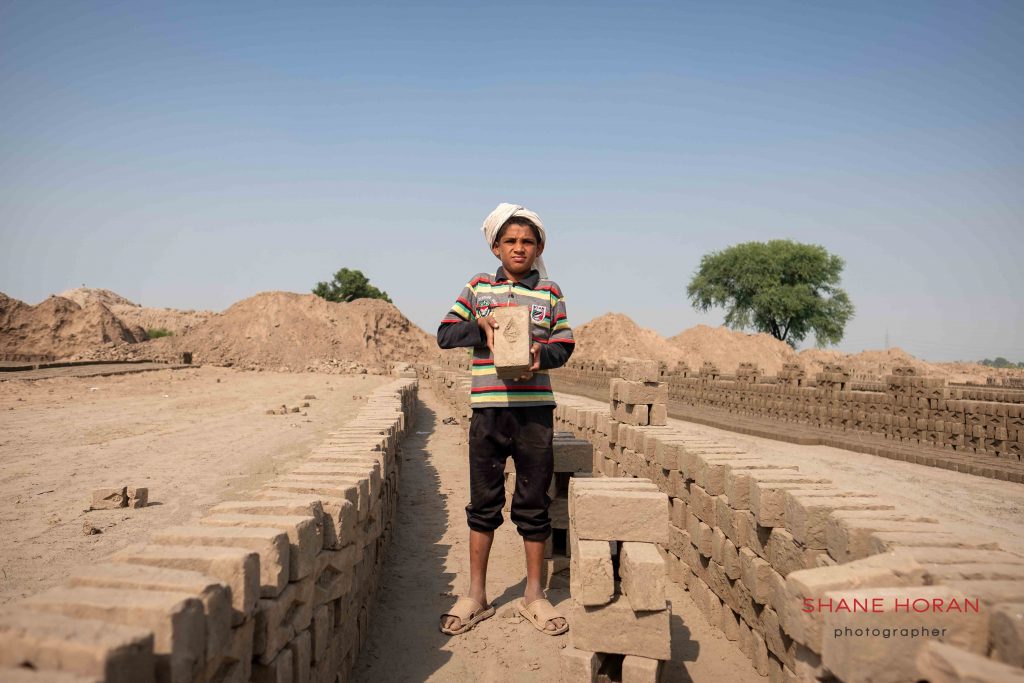 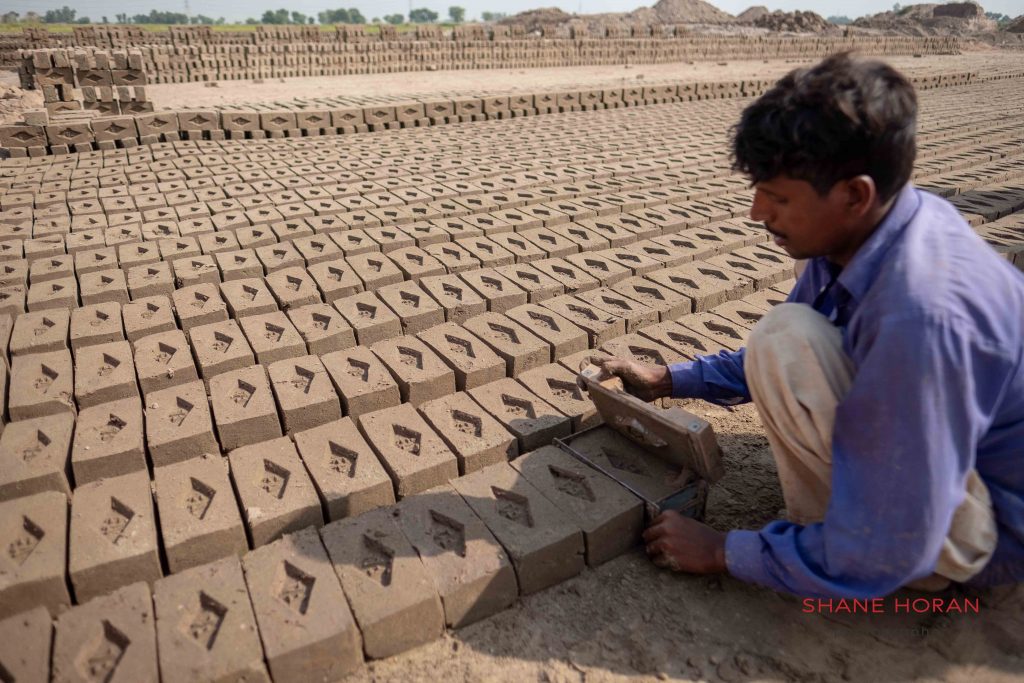 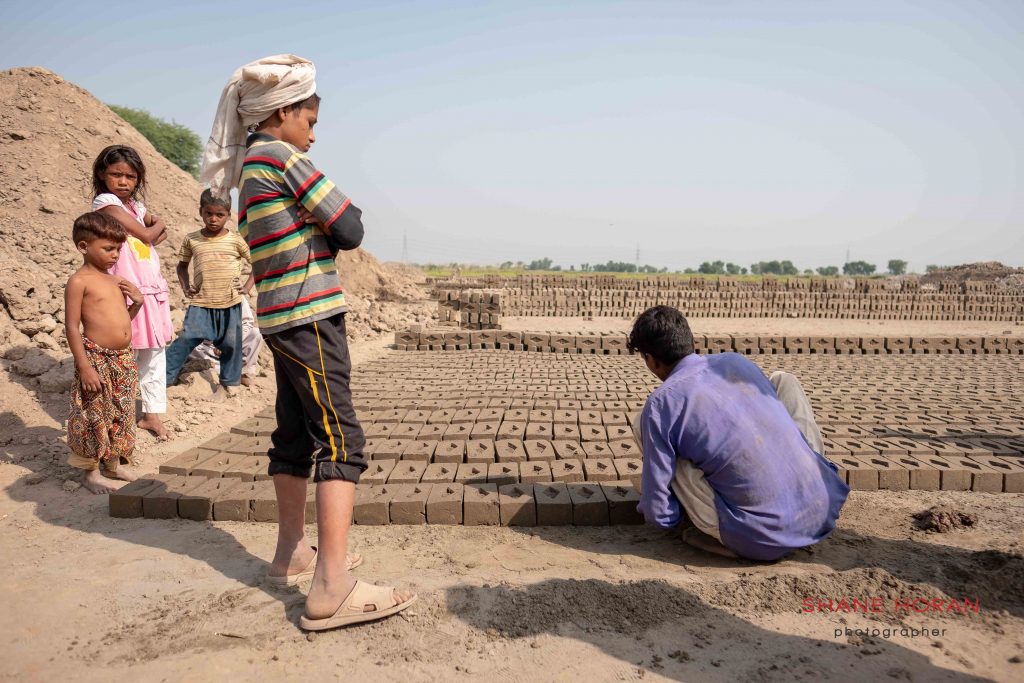 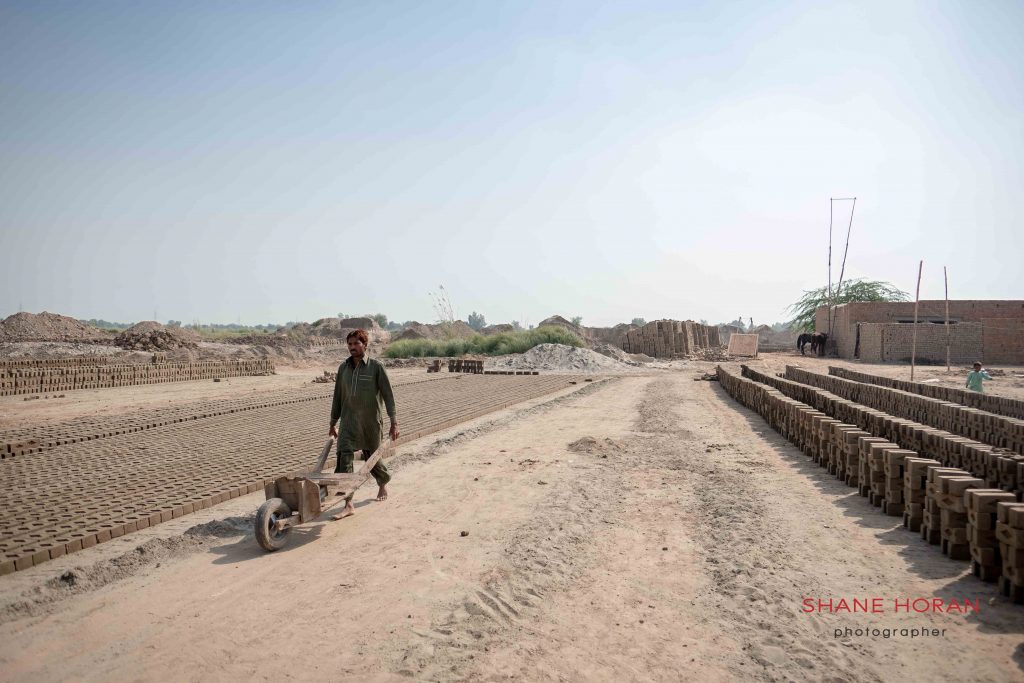 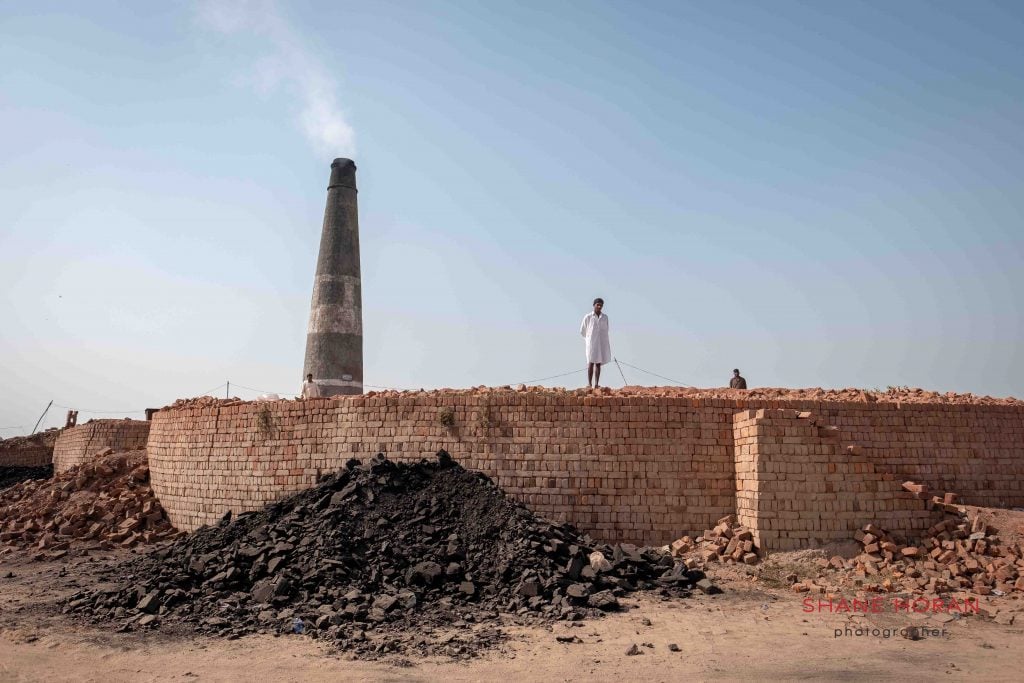 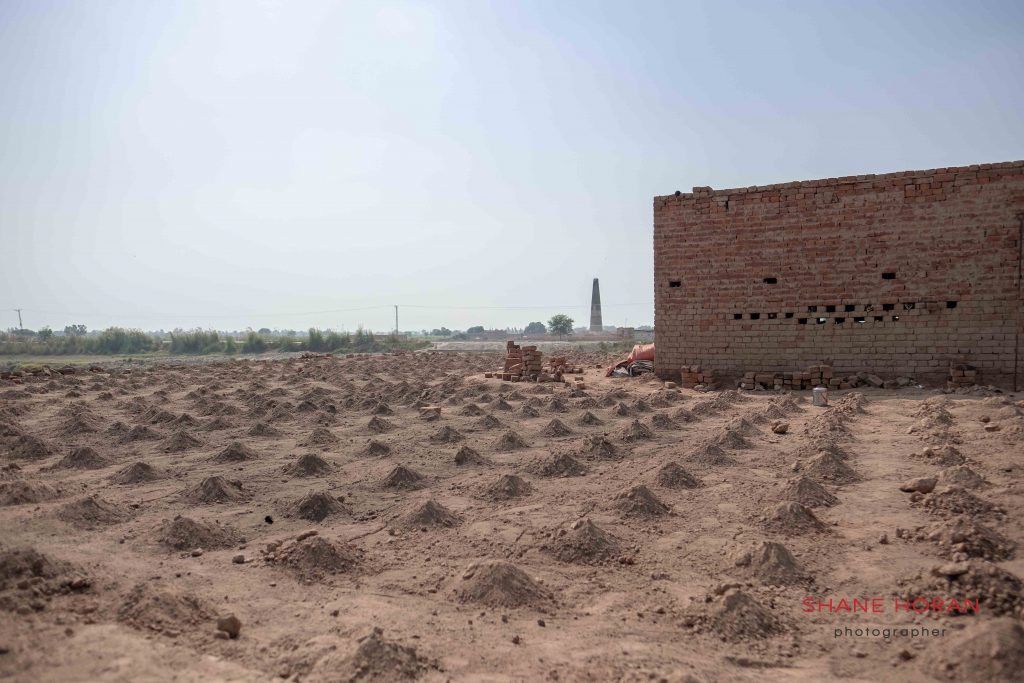 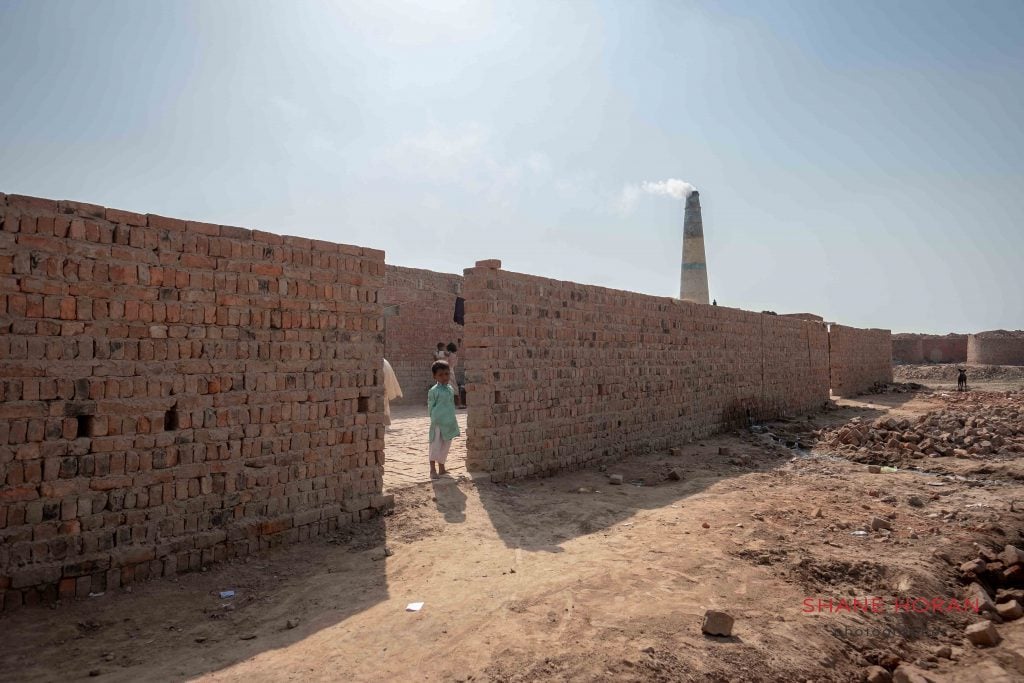 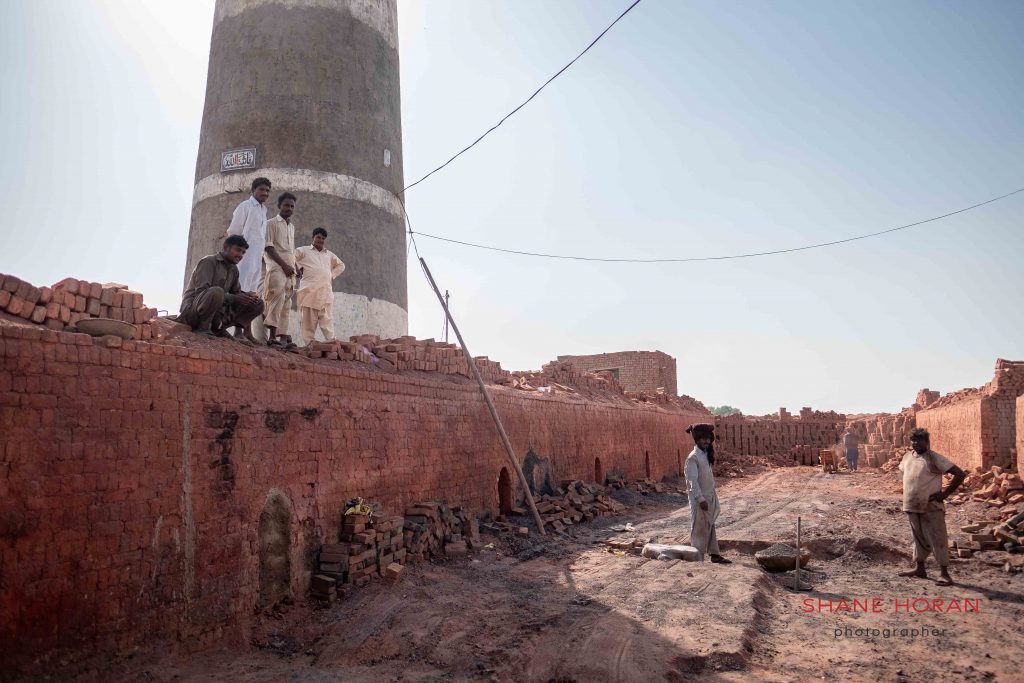 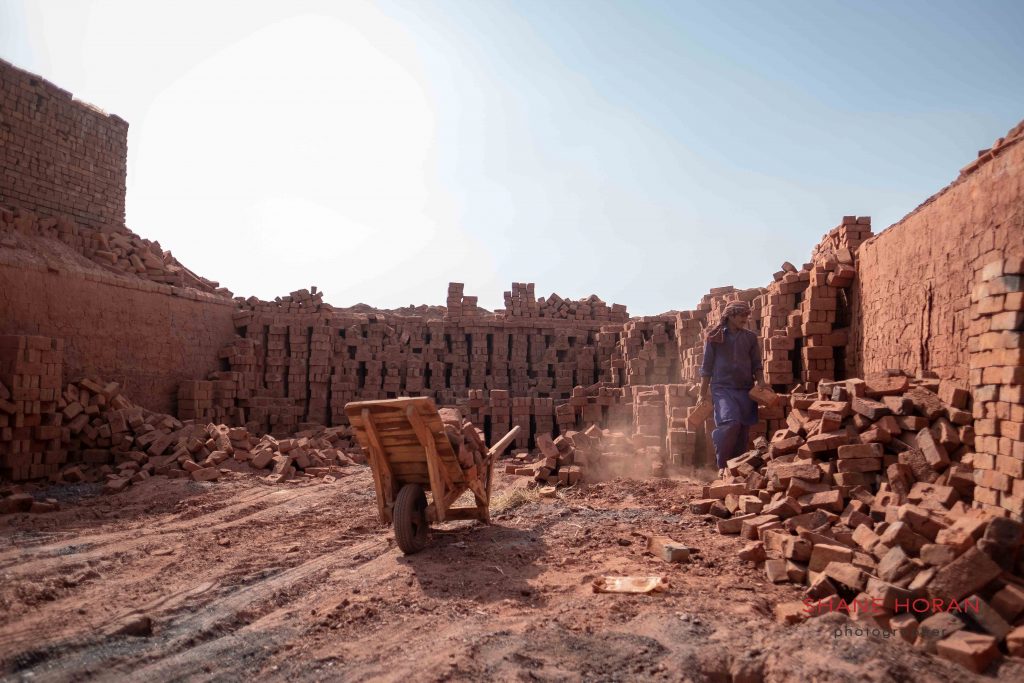 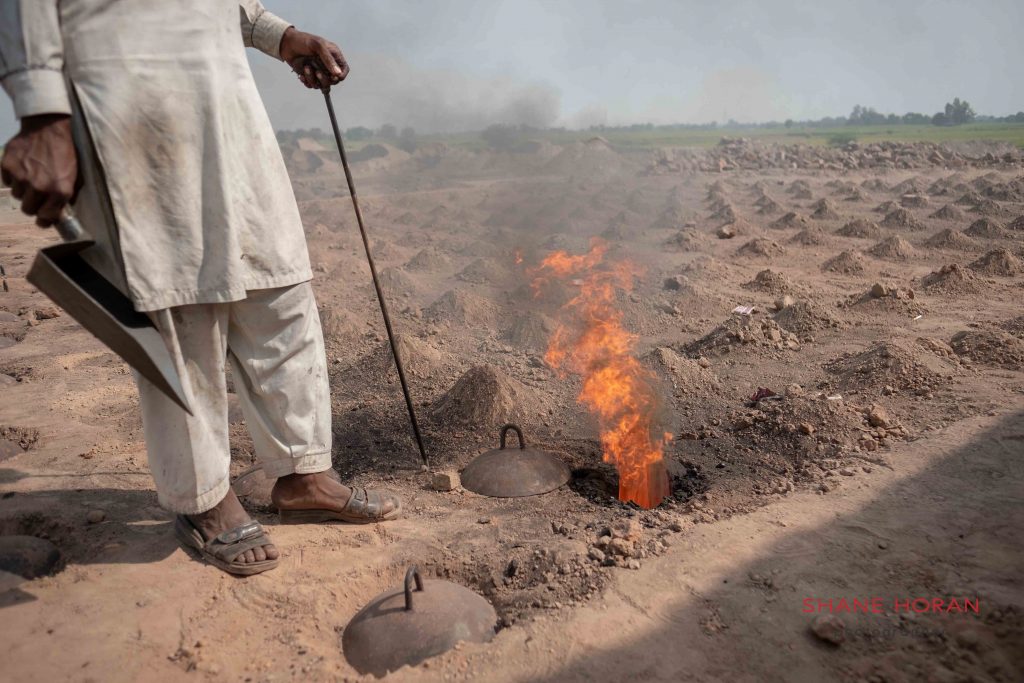 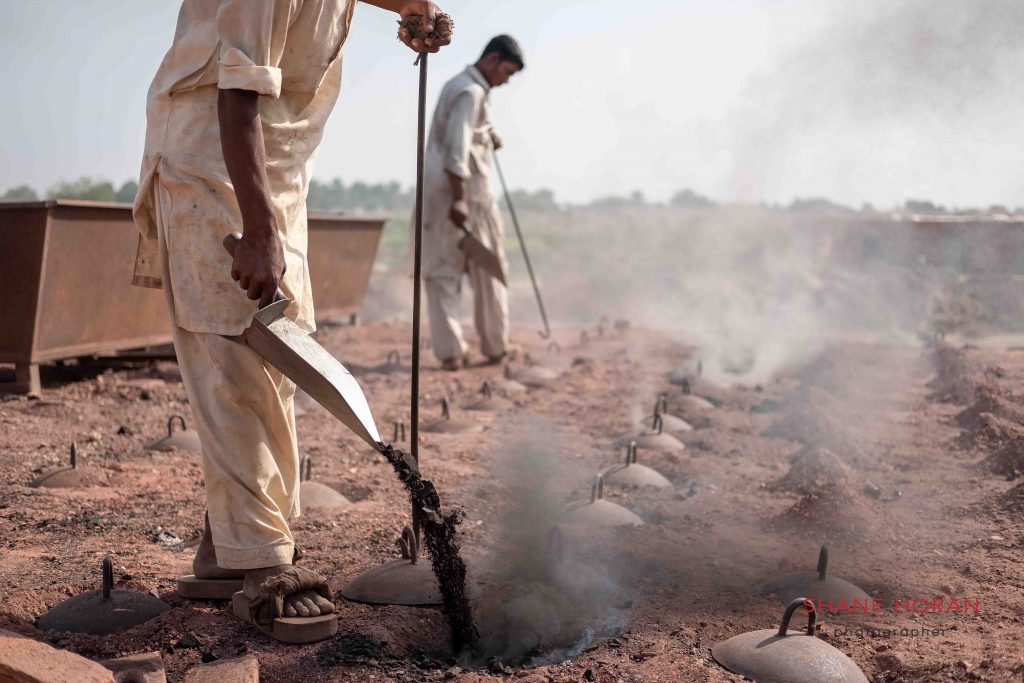 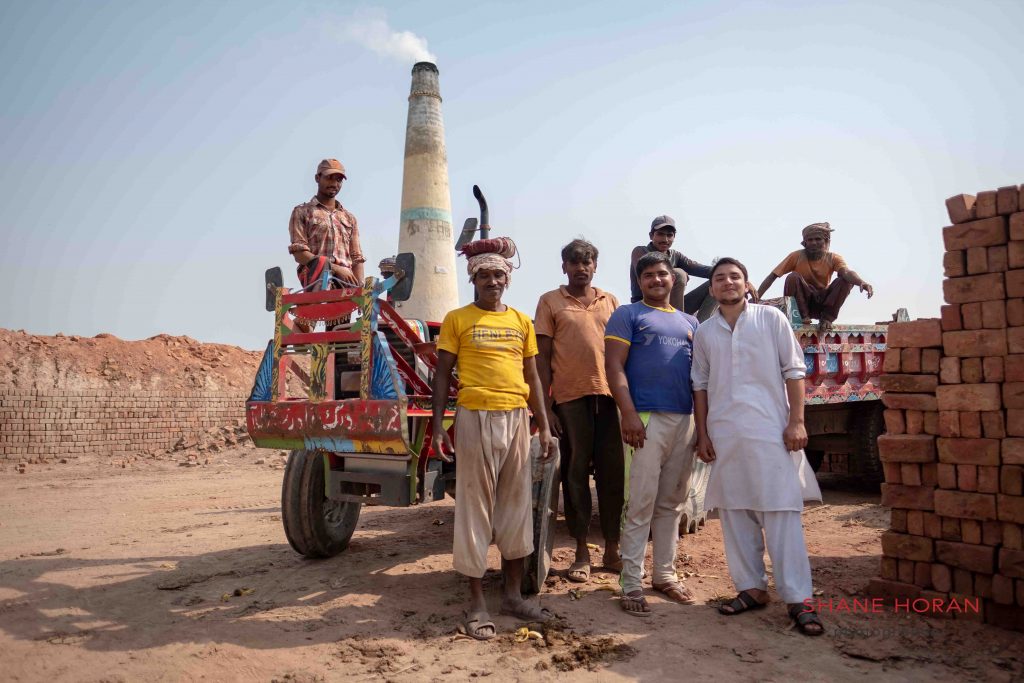 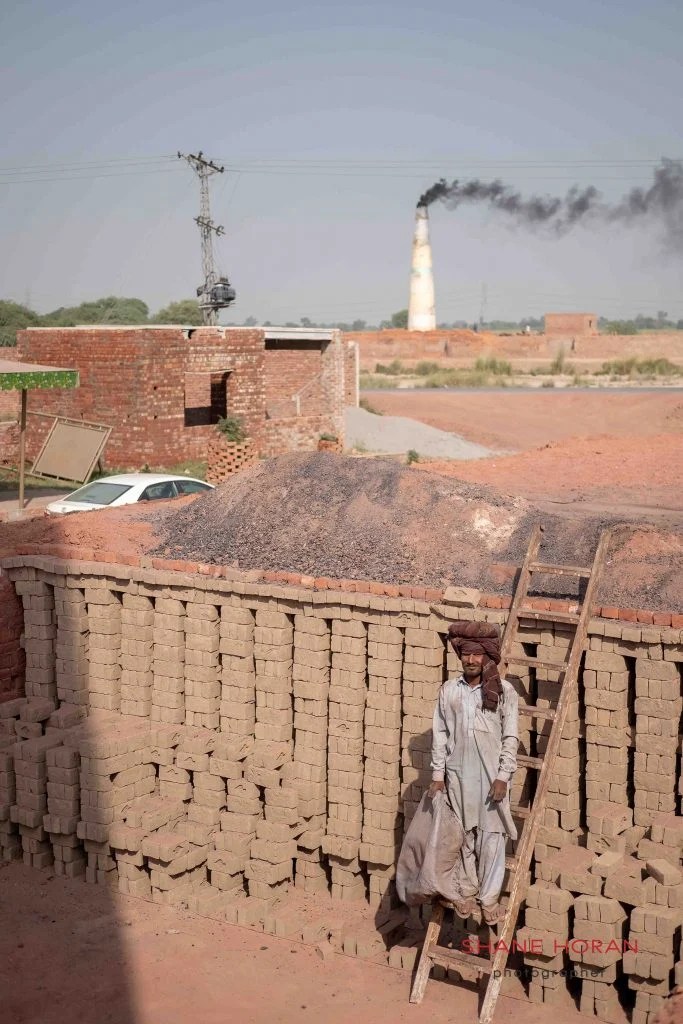 Taken at a Punjabi brick kiln outside Lahore.

Most brick kiln workers live at the factories, in cramped conditions, sharing basic amenities. Cases of sexual violence against women and children are common. Most of the children working at kilns have had no schooling and cannot read or write.

The practice is illegal. Pakistan’s parliament has taken steps to outlaw it. In 2013, the Supreme Court of Pakistan issued a ruling forbidding brick kiln owners from giving loans to workers that amount to more than 15 days of wage. However with the sheer size of the industry and the demand for cheap building blocks the law is rarely enforced.

The government however, is starting to take action. In 2016 a cash-incentive scheme was introduced that has helped place almost 90,000 underage Pakistani brick kiln workers into school. It’s critics however, have questioned the viability of a cash transfer scheme that doesn’t attempt to implement existing laws or go after the root of the problems –  the exploitative kiln owners.

With the third highest percentage of modern slavery in the world, Pakistan faces enormous challenges but thankfully it now seems that the government is listening and change is afoot.

January 5, 2019 The Most Beautiful City In The World