The Asmara Bowling Center – A near 70 year old relic once used by the American military during their presence at Kagnew station in Asmara, Eritrea.

Over the course of its lifetime the alley has never had a face lift. From the street it looks like a disused old factory shell. A single bowling pin sign on the outside gives it away to passing traffic.

Open the door however and you’re hit with a grandiose spectrum of light, sound and smell. The stained glass upper windows create a ambient glow that spreads across the alley to the back room coffee shop come evening.

To the right retired men wearing fedoras play Carambole, a version of billiards similar to the Italian game of Boccette. The table itself is Italian made, a leftover of Italian colonial occupation from the first half of the 20th century. 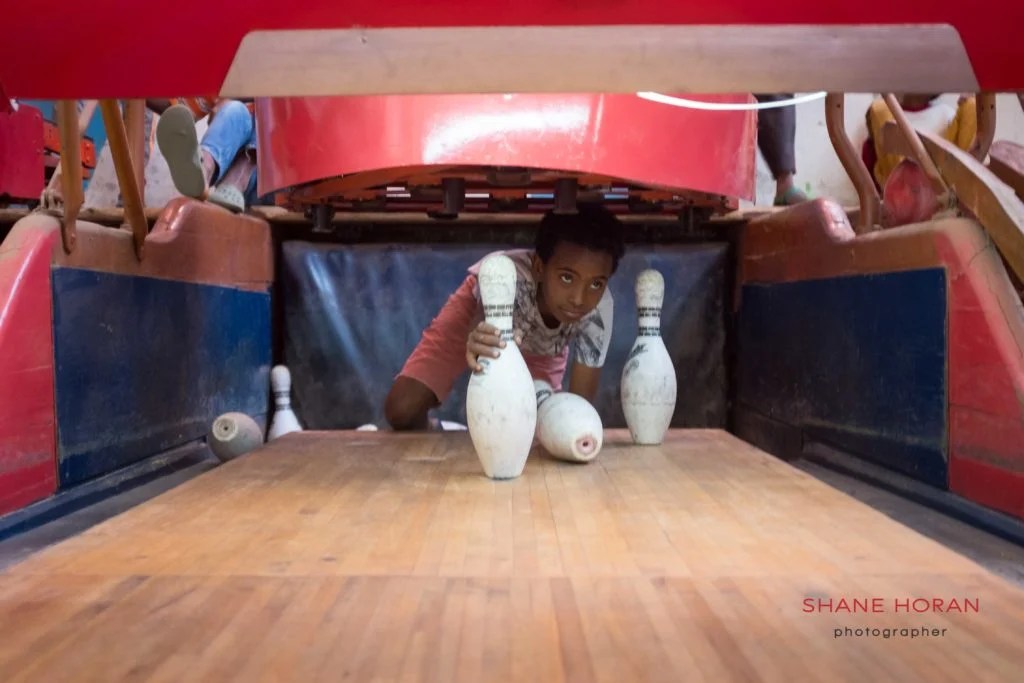 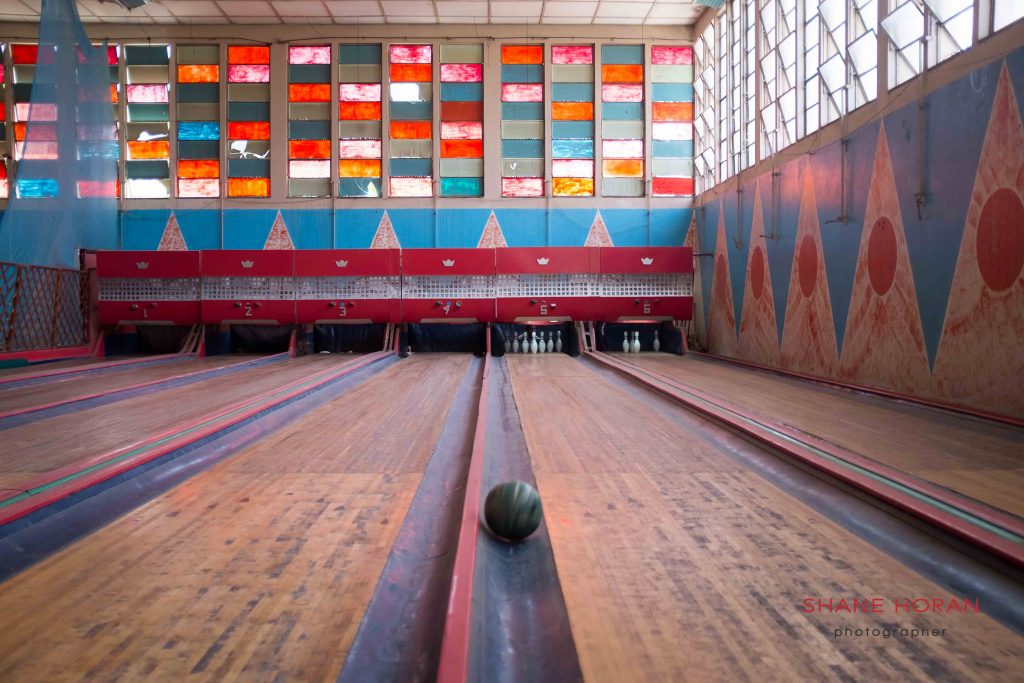 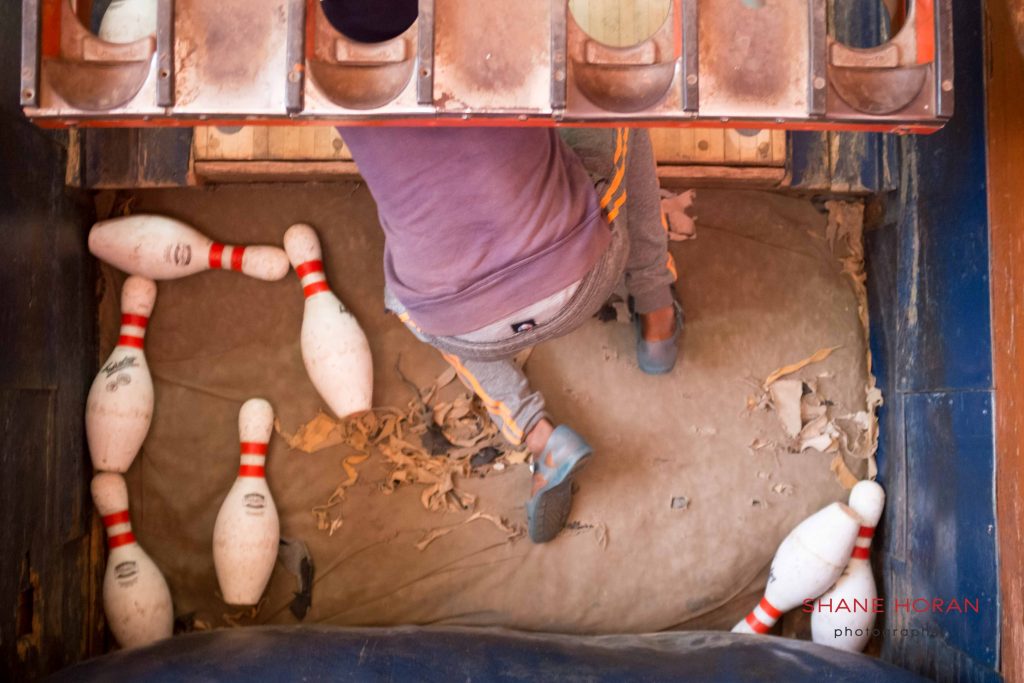 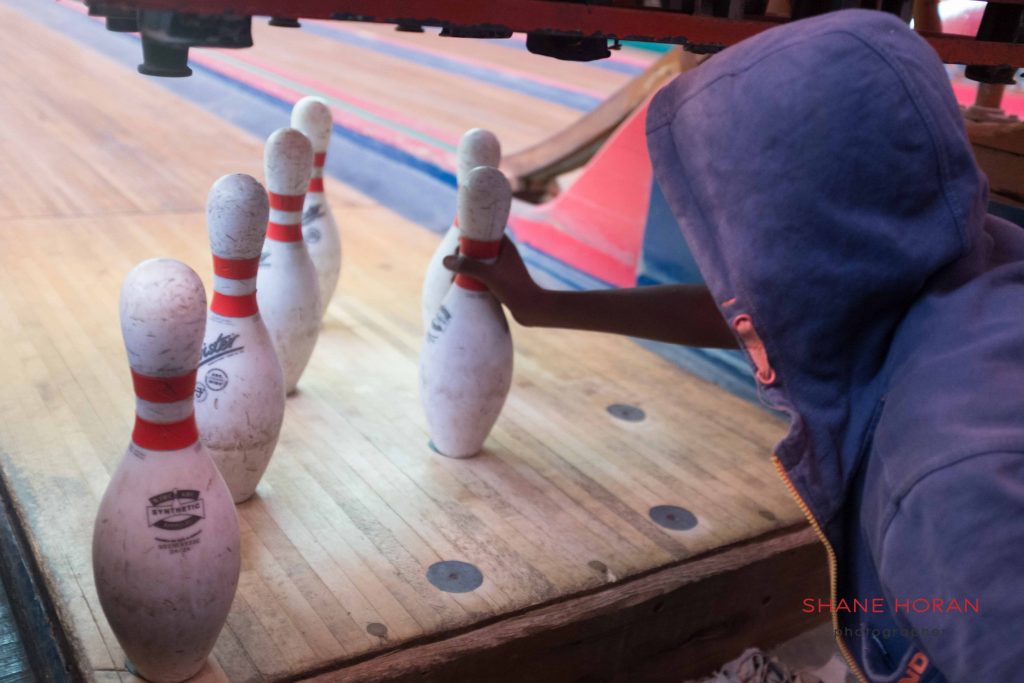 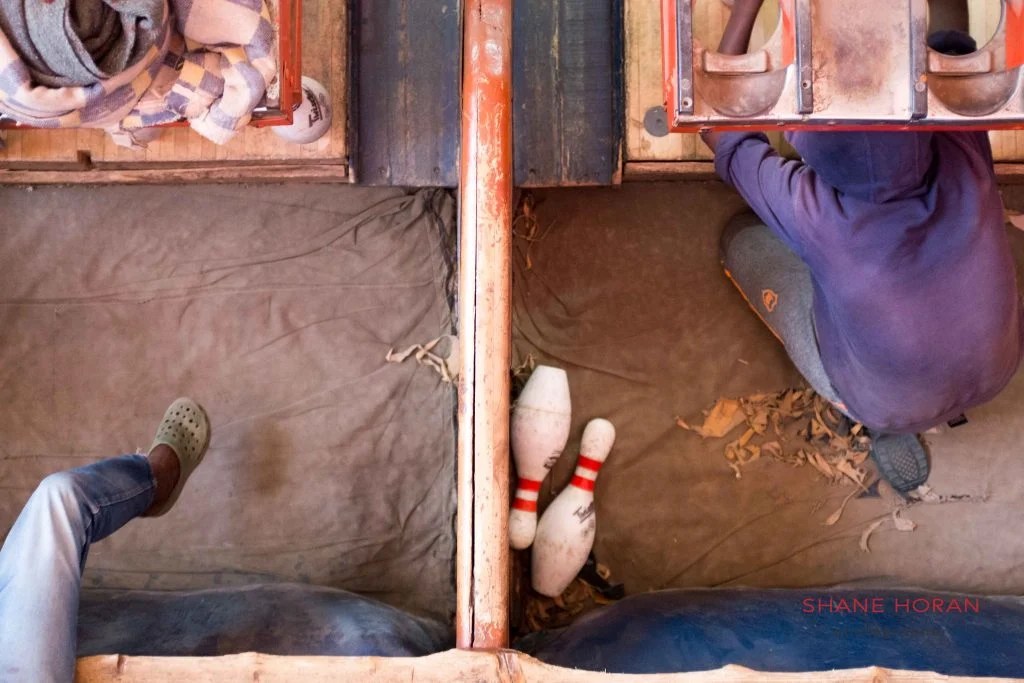 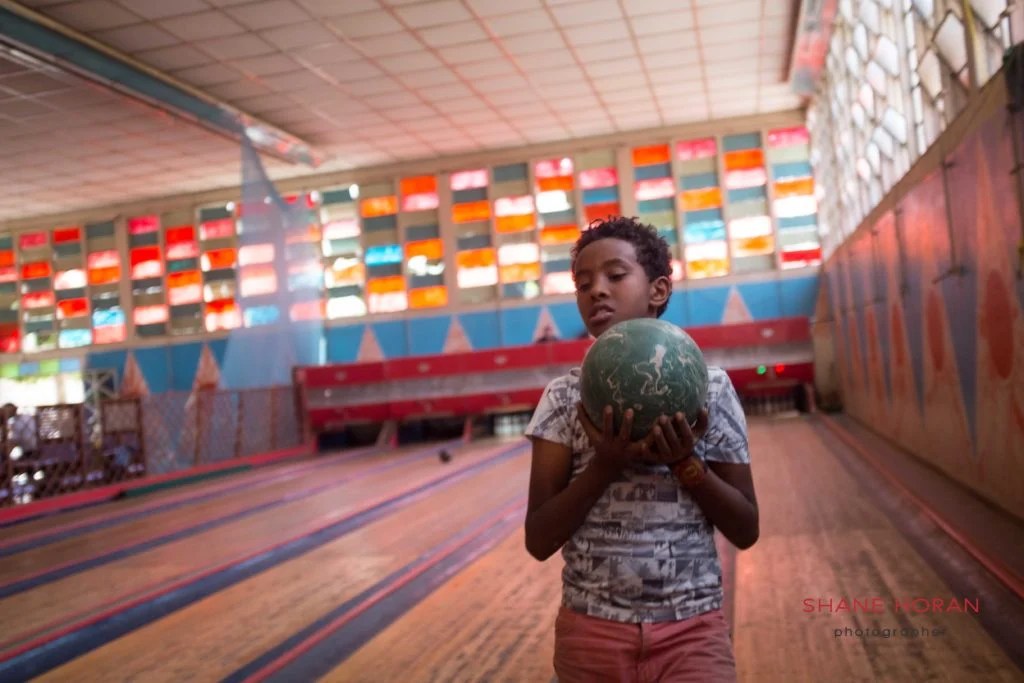 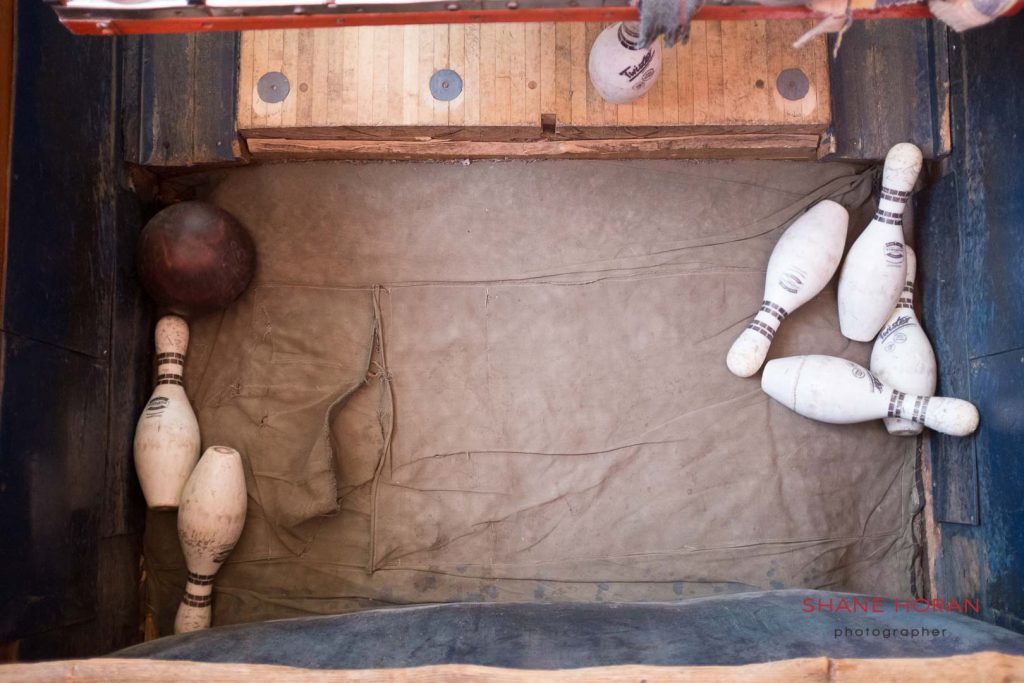 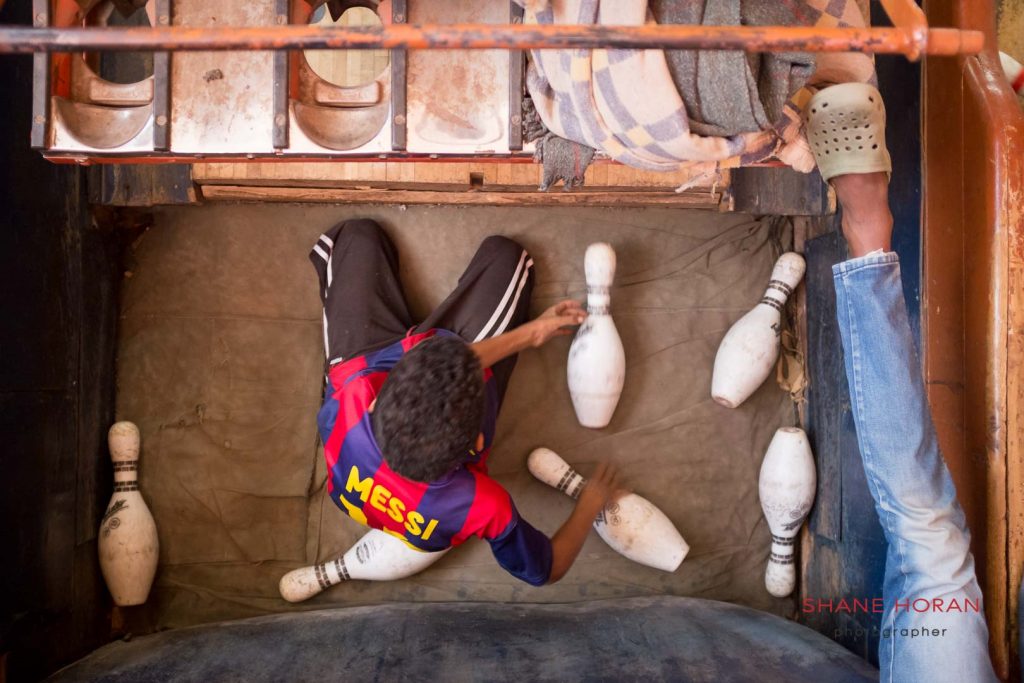 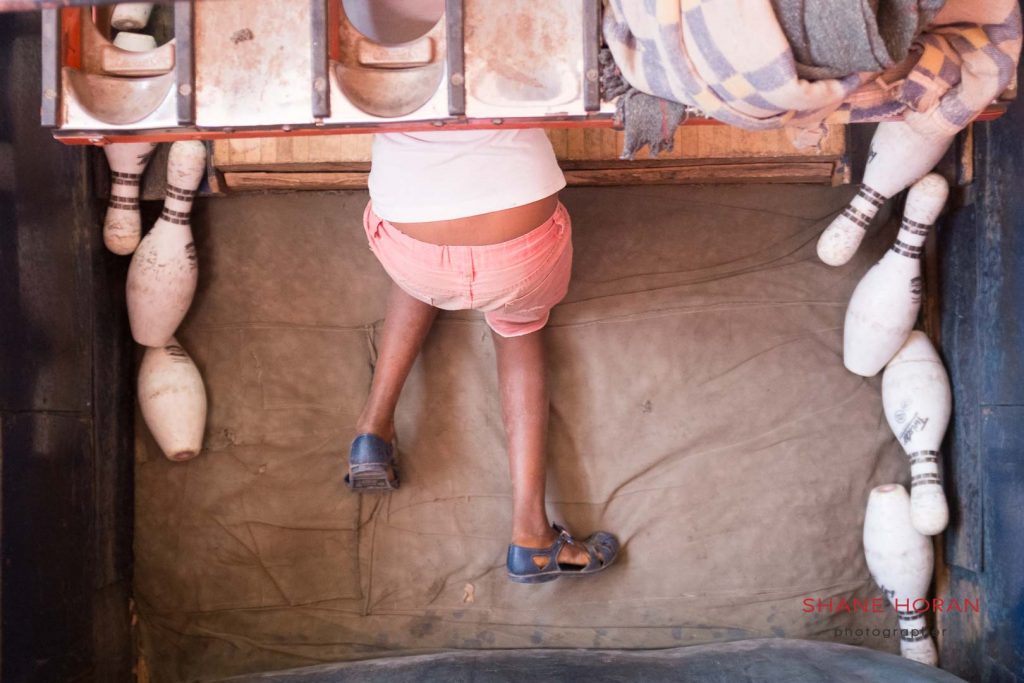 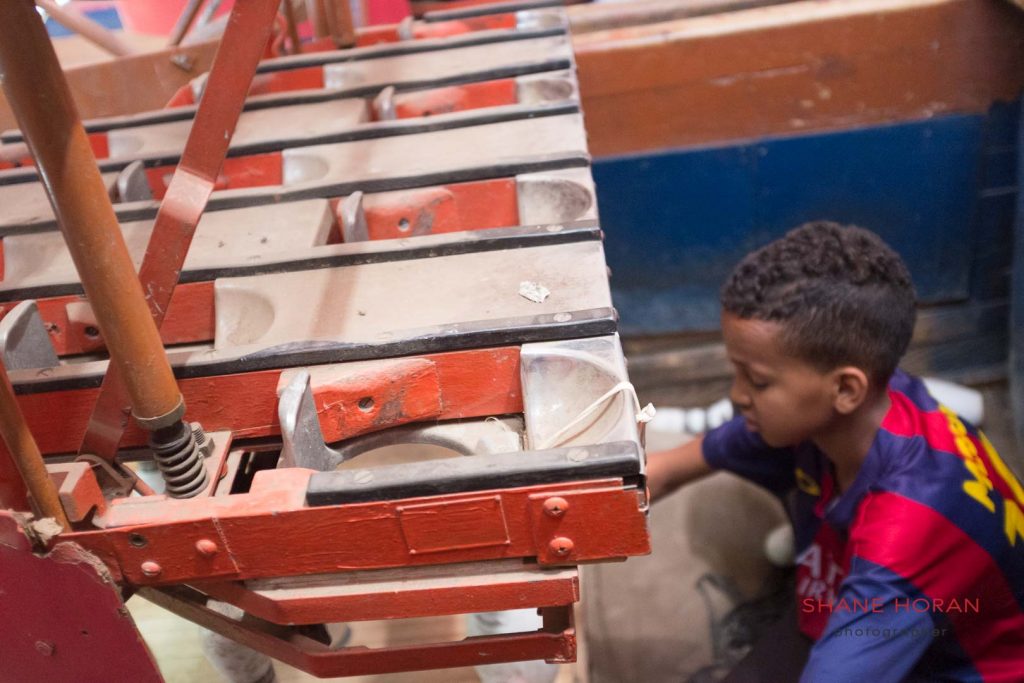 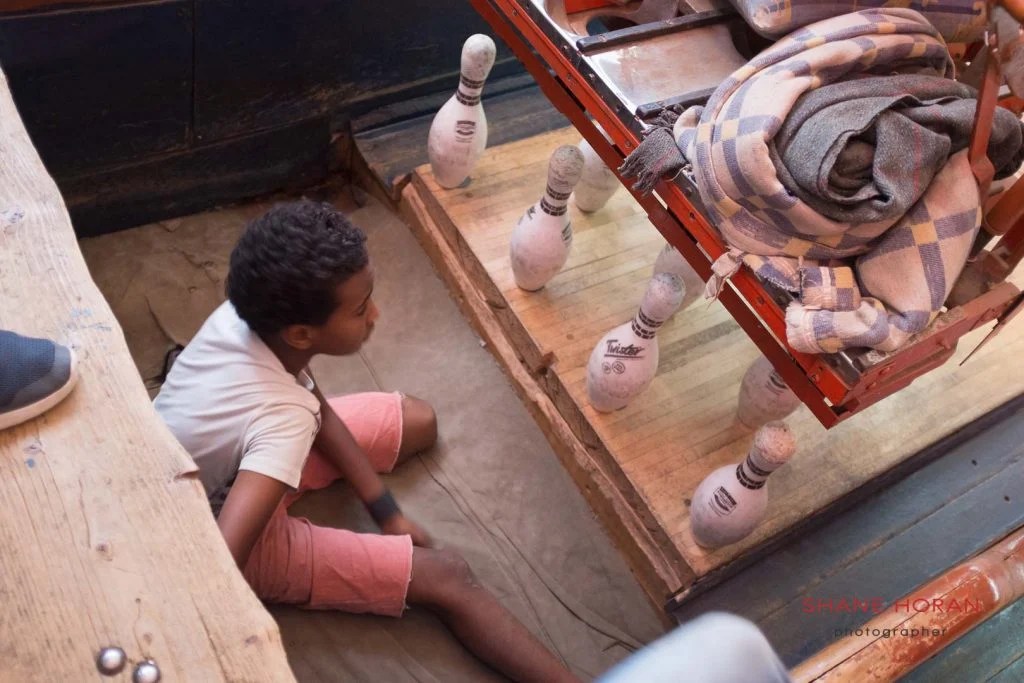 In the back lies a single espresso machine dating from the 1950s and probably worth a fortune in today’s hipster coffee scene in the west. The coffee served up was unpretentious and of the highest quality.

The highlight was yet to come.

Included with one game of bowling was your very own personal scorekeeper. 15 year old Tekeste had an unenviable job trying to keep tabs of 7 wayward throwing foreigners. With each stroke he put pencil to paper and managed the math spectacularly.

After the first throw it immediately became evident that the pin replacement machine wasn’t functioning. Instead each lane was staffed with its own manual handler. These incredible kids were all in their early teens and lived out of the bowling center. Sleeping bags and pillows lay stacked behind each lane.

Midway through the game the players became so intrigued by these guys we decided to abandon game and go and hang out in the back alley to observe them at work/exchange some banter.

Hours past, high on espresso we bid farewell to our bowling alley buddies safe in the knowledge that that in a city and country of incredible experiences, this one topped the lot.

Join me in Eritrea this May!